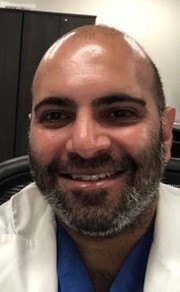 NewMediaWire) – February 11, 2022 – NEW ORLEANS – Serious disability was 6 times more likely to be the result three months after stroke among children whose clot-caused stroke in a large vessel (a type of ischemic stroke) was not treated with a procedure to extract the clot, according to preliminary late-breaking science presented today at the American Stroke Association’s International Stroke Conference 2022. The conference is a world premier meeting for researchers and clinicians dedicated to the science of stroke and brain health being held in person in New Orleans and virtually, Feb. 9-11, 2022.

Although stroke risk increases as people grow older, stroke can occur at any age.

This Australian study analyzed severe strokes in children that occurred in a large artery or blood vessel in the brain. The treatment for these types of large-vessel clots in adults may involve mechanical removal of the clot. In this procedure, also called endovascular therapy or mechanical thrombectomy, a tiny tube, or catheter, with a special clot-retrieving device on the end, is threaded through a blood vessel to remove the clot.

The study included 166 children (average age 6 years old; 65% boys) treated for stroke at different hospitals throughout New South Wales, Australia, from 2010 to 2019. Slightly less than one-quarter of the children (39) had a blockage in a large blood vessel, or a severe stroke, which is similar to the rate found in adults. Thirteen children with this type of stroke received mechanical blood-clot removal, while 26 did not.

“We were surprised by how common large vessel blockage is in children with stroke and how much worse the disabilities were among the children who did not receive mechanical clot removal, compared to those who did,” said lead researcher Kartik Bhatia, M.B.B.S., Ph.D., M.S., a pediatric interventional neuroradiologist at Sydney Children’s Hospital Network in Westmead, Australia. “Now that we know how poor recovery is for these children who did not receive endovascular therapy, it is much easier to justify treatment options like clot removal for children with a large blood vessel stroke.”

The study also found that about 80% of the children with a large vessel stroke, met the Australian and U.S. requirements – other than age – for adult eligibility for mechanical clot removal.

“Our health systems also need improvement so children with severe stroke are able to receive mechanical clot removal more easily,” Bhatia said. “These children should be offered treatments to clear the blockages, just like we offer for adults.”

The study had several limitations that may have affected the results, including that it is a retrospective study which relied on medical records to identify the levels of disability, and there was not a standard process of selection for treating patients.

A stroke is a medical emergency that occurs when blood flow to the brain is blocked, either by a blood clot, which is the most common type, or by a burst blood vessel. In both children and adults, the signs of stroke and the appropriate response are similar and can be recognized quickly by remembering the acronym F.A.S.T., for Face drooping, Arm weakness, Speech difficulty, Time to call 9-1-1.

The study authors reported no funding for this study.

Statements and conclusions of studies that are presented at the American Heart Association’s scientific meetings are solely those of the study authors and do not necessarily reflect the Association’s policy or position. The Association makes no representation or guarantee as to their accuracy or reliability. Abstracts presented at the Association’s scientific meetings are not peer-reviewed, rather, they are curated by independent review panels and are considered based on the potential to add to the diversity of scientific issues and views discussed at the meeting. The findings are considered preliminary until published as a full manuscript in a peer-reviewed scientific journal.

The American Stroke Association’s International Stroke Conference (ISC) is the world’s premier meeting dedicated to the science and treatment of cerebrovascular disease. ISC 2022 will be held in person in New Orleans and virtually, Feb. 9-11, 2022. The three-day conference will feature more than 1,500 compelling presentations in 17 categories that emphasize basic, clinical and translational sciences as research evolves toward a better understanding of stroke pathophysiology with the goal of developing more effective therapies. Engage in the International Stroke Conference on social media via #ISC22.