Designed by the company that specializes in packaging discounted admission to the most iconic attractions in 15 North American destinations, Chicago C3 tickets are perfect for weekend jaunts and mini-break getaways. The tickets allow users to save 30% when selecting any combination of three attractions from the following five options:


Note: Attractions need not be selected in advance and can be visited in any order.


While the first three attraction options are also part of the original Chicago CityPASS program, whose five prepaid admission tickets are ideal for those enjoying a longer stay in the Windy City, two new attractions can be accessed through the Chicago C3 ticket: the Shoreline Sightseeing Architecture River Tour and the Centennial Wheel at Navy Pier. 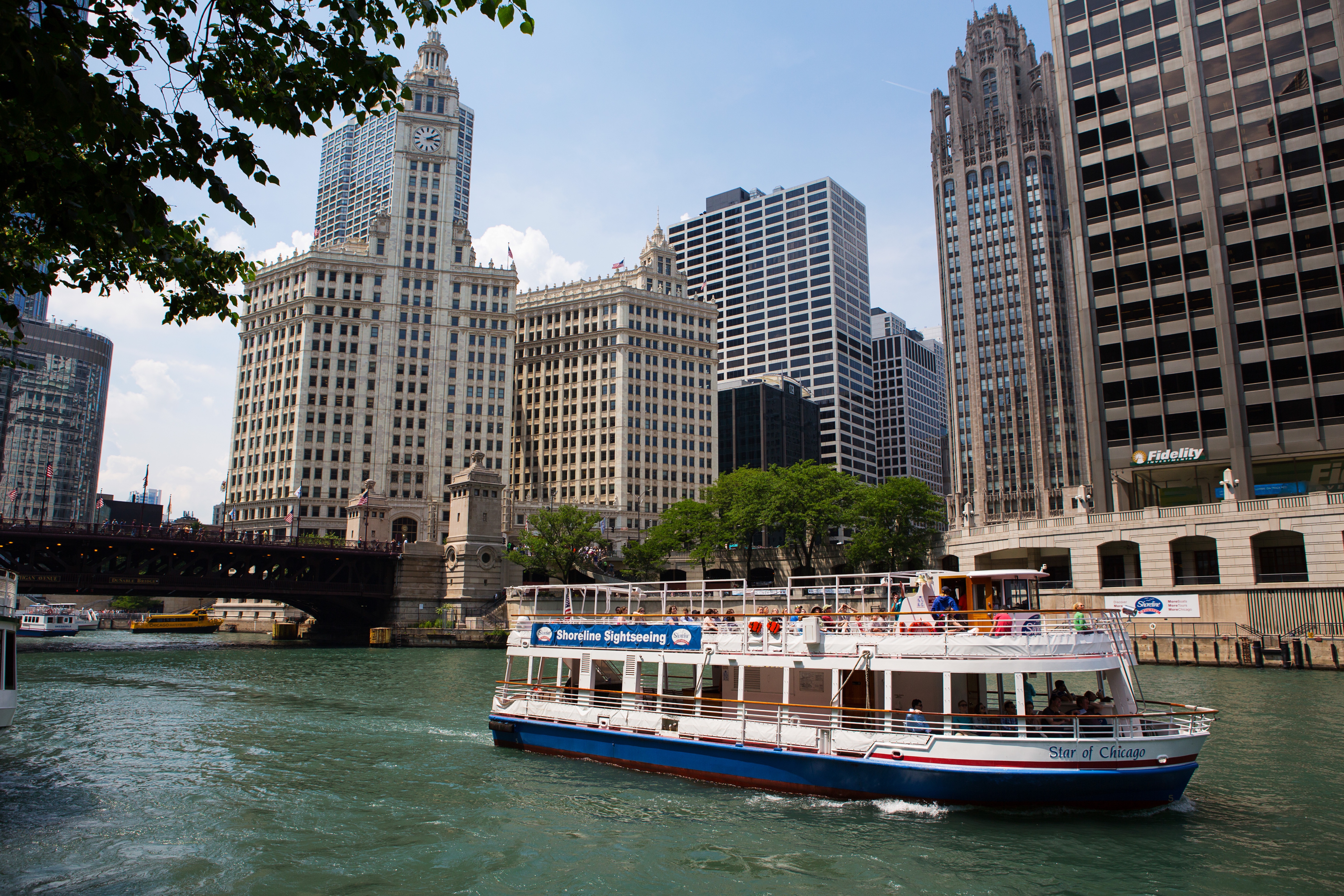 As the birthplace of the Ferris wheel, which made its debut in Chicago during the 1893 World’s Columbian Exposition, the Windy City is the perfect setting for that original wheel’s sleek, modern descendant. The Centennial Wheel is the centerpiece of Navy Pier, a family-friendly location with rides, summer fireworks and more. Carrying riders 200 feet (61 meters) into the air, the Centennial Wheel offers some of the best views of Lake Michigan. And riders needn’t worry about Chicago’s famously chilly winters: The wheel’s enclosed gondolas give riders a comfortable experience year-round.


Navy Pier is also one of the two departure points for Shoreline Sightseeing tours and its fleet of distinctive blue-and-white boats.


Named as one of TripAdvisor’s Top Travel Experiences in the U.S. for 2020, the Shoreline Sightseeing Architecture River Tour is a guided 75-minute cruise through the heart of the city. It’s also one of the best ways to collect photos of some of Chicago’s most iconic buildings, including the classic Beaux Arts-style Wrigley Building, built in 1924 by chewing gum mogul William Wrigley Jr.; Marina City (aka “the corncob towers”), a retail-condominium complex that has appeared in so many films (Batman Begins, The Blues Brothers, Ferris Bueller’s Day Off, The Break-Up and more) that it should have its own SAG membership; and Lyric Opera House, an Art Deco beauty that opened just six days after the devastating stock market crash of 1929.


And just because Shedd Aquarium, Skydeck Chicago and the Museum of Science and Industry (MSI) have long been CityPASS partner attractions doesn’t mean they don’t have lots of new reasons for guests to visit.

Skydeck Chicago, the observation deck on the 103rd floor of Willis Tower, is known for spectacular views that (weather permitting) span 50 miles (80 km). The Ledge at Skydeck—four enclosed glass balconies extending 4.3 feet (1.3 meters) outside the building—dares visitors to step out for a head-spinning view 1,353 feet (412 meters) straight down.


Skydeck recently completed a multi-year, multimillion-dollar renovation. A highly interactive museum serves as the new Skydeck entrance. Designed for the Instagram generation, the museum has lots of places to take selfies, including a giant deep-dish pizza platform and a 9-foot-long (2.7 meters), Chicago-style (no ketchup!) hot dog bench. Another standout exhibit is the life-sized “L” train car that takes passengers on a simulated tour through nine different Chicago neighborhoods.

At Shedd Aquarium, meet the animals up close with returning interactive touch experiences. In the Polar Play Zone area, guests dip their hands into the cool water of Sea Star Touch to discover the textures of five species of sea stars native to the Pacific Northwest. Visitors can also interact with a living fossil at Sturgeon Touch in Shedd’s At Home on the Great Lakes exhibit to feel the leathery texture and hard bony plates of these bottom-dwelling lake fish, who have survived for more than 200 million years, outliving the dinosaurs.


At the Museum of Science and Industry, MSI’s beloved Boeing 727 has reopened in a reimagined exhibit that celebrates the historic United Airlines’ plane and explores how the airline industry connects people around the world. The fuselage of the plane bears the name of Captain William Norwood, the first African American pilot for United, whose story is featured in the exhibit.


MSI has peeled back the skin of the airplane to show mechanical, electronic and hydraulic systems. Guests can see wings, engines, landing gear, lavatories and even the fabled black box. A glass floor shows the cables and pulleys used to steer the plane, while a media presentation demonstrates the 727’s technology in action, from takeoff to landing. The newly conserved cockpit explains how pilots communicate, navigate and fly.


Both the original Chicago CityPASS program—which is designed for those planning a longer stay in the Windy City—and Chicago C3 tickets are available as mobile tickets that can be purchased through citypass.com. Tickets are delivered directly via email and can be saved to the buyer’s smartphone or Apple Wallet. Designed to be flexible, C3 tickets do not require the buyer to pre-select the attractions that will be visited; travelers are free to choose as they go.


(Note: Those without smartphones can opt to print out their C3 tickets.)


Chicago C3 tickets cost $81 for adults and $61 for children, age 3-11. Visitors using the tickets save 30% off the cost of purchasing individual admission tickets. Each ticket is valid for nine consecutive days, starting with the first day of use.