(NewMediaWire) – December 27, 2021 – GGTOOR, Inc., (OTCMKTS:GTOR) (“GGTOOR, Inc.”, “GTOR”, or the “Company”), an emerging leader in the eSports markets, announces this weekend the Company had six events going to Top Cut, representing a combined total of over 2,700 player registrations! Congratulations to our newest champions in Clash of Clans, COD Mobile, Garena Free Fire, MTG Arena, and Pokemon Unite, and good luck to the teams making the Grand Finals in our Brawl Stars event, which is planned to finish shortly!

This amazing turnout finished our year strong and brought our combined total player registrations for 2021 past 40,000! As we update corporate presentations with impressive year end numbers to show advertisers interested in joining the GGToor family, and share with our amazing shareholders next week, we are excited about the trajectory for the company, and the growth that the Company expects in 2022!

Pokemon Unite: we saw Snorlax and Zerora banned for the event, shaking up the meta, as well as Gengar also being relegated to the sidelines as well. Team “12345” advanced to the Grand Finals, where they would face off against the powerhouse known as Team “TTV,” typically a top contender in many Unite events since the game’s release. The Grand Finals was an epic battle, with both teams taking two of the first four matches, forcing the fifth and deciding game in the series. The impact of the newly released Dragonite was felt, as was another recent addition to the character roster, Tsareena, leaving what was an ever-present Lucario pick to ride the bench. In a remarkably close and hectic deciding fifth game, TTV lost the Zapdos objective in the final stretch of the match but managed to punish Team 12345 immediately afterwards with several kills. This enabled TTV to convert some easy scores while denying the opponents most of the bonus associated with Zapdos, and as the final seconds ticked off, they succeeded in holding onto the lead to take the Victory!

Our MTG Arena Alchemy special saw aggro and dragon decks as the favorite choices during this event, with Combat Math and strong early game being dominant factors over the weekend. Fearsome Whelps abound, often helping accelerate development of big dragons on the battlefield. However, when the embers settled, we found snowy forests dominant, with wolves and trolls making their way to the grand finals, featuring a Mono Green Mirror match! Emiliano Biondi bested Rudá dos Reis, with Inscription of Abundance turning the tide of game three, putting a cherry on top of his strong curve to make his key creatures tough enough to be out of reach and efficiently deal with Rudá’s board!

In the world of eSports, nothing is more constant than change, and there is always room for expansion. eSports began as a hobby for many and has grown into a multi-billion-dollar industry. The overall prize of gaming tournaments is increasing to a staggering figure from thousands to millions. With that in mind, let us see what eSports gaming tournaments hold in time to come. Why are eSports so irresistible? From gladiators until today’s modern sports, these competitions have been the center of people’s attention. Why?

Looking into eSports’ essence, the first thing that comes to mind is its accessibility. No matter where you are or with whom, it is easy to access. Online gaming does not require arenas or stadiums. You can become a part of a global eSport tournament event using a computer or any other device. With gaming, everything is just a click away. You can be part of your favorite sports event from the comfort of your home. The hybrid model is in full swing you can compete in an arena and online simultaneously while streaming to the world.

In 2021 the Company completed a large transformation of our platform in our look and design, which includes the implementation of all our tools for Organizers, Players, and Administrators.

Another notable improvement was the creation of the Store, with more than one hundred products with the GGToor brand. The Company’s Merchandise shop is totally updated and allows members to buy using cash, or GGToor Credits. The administrators can offer discounts by product, amount of sale, discounts by special coupons, and much more.

One of the biggest challenges during the year was to defend our servers and implement the security of the platform. This is something that never ends, but we already made a big step combining security processes using hashes, and encryptions for distinct levels during each process.

The Company managed, designed, and promoted more than 114 tournaments during the year, all of them easy to access in our platform for review, and the certification of the winners and prizes won, as affidavits of our player experience and commitment to our community.

Want to participate? Find the plan that best suits you! You can choose between the Bronze Plan, Gold Plan, and Diamond Plan: https://GGToor.com/join.php .  If you want to bring your team or friends to GGToor.com, or be a Tournament Organizer, we can support you and help you grow; you can reach a worldwide audience of similar-minded individuals that like to compete and have fun! You can be sure that GGToor.com is here to grow with you. Just follow the link to sign up as an organizer https://GGToor.com/organizerlogin.php If you have any questions about our events visit our socials; Discord https://discord.gg/GUhyZxFH8Q, twitter https://twitter.com/GGToor/ , twitch https://www.twitch.tv/GGToor, and Facebook https://www.facebook.com/eShadowGaming

If your organization would like to be part of this growth and work with Shadow Gaming, contact us at luis@shadowgamingtv.com

GGTOOR, Inc., is a developmental stage company engaged in the business of eSports. The company, through its wholly owned subsidiary, Shadow Gaming, Inc., has aggressively entered the eSports market. Shadow Gaming’s portal GGToor.com is continually being customized and upgraded, with the goal of becoming one of the most comprehensive gaming portals in the world. The Company is now accepting subscriptions from players, gamers, and tournament organizers. To register logon to https://GGToor.com/home.php . In addition, the company plans to operate a few subsidiary companies from high tech data management businesses to product and support businesses. Finally, the Company is actively looking for locations to build indoor eSports arenas that will host major international gaming tournaments.

Forward-Looking Statements. This press release may contain “forward-looking statements” within the meaning of Section 27A of the Securities Act of 1933 and Section 21E of the Securities Exchange Act of 1934. We intend all forward-looking statements to be covered by the safe harbor provisions of the Private Securities Litigation Reform Act of 1995. Forward-looking statements generally can be identified by the fact that they do not relate strictly to historical or current facts and by the use of forward-looking words such as “expect,” “expectation,” “believe,” “anticipate,” “may,” “could,” “intend,” “belief,” “plan,” “estimate,” “target,” “predict,” “likely,” “seek,” “project,” “model,” “ongoing,” “will,” “should,” “forecast,” “outlook” or similar terminology. These statements are based on and reflect our current expectations, estimates, assumptions and/ or projections as well as our perception of historical trends and current conditions, as well as other factors that we believe are appropriate and reasonable under the circumstances. Forward-looking statements are neither predictions nor guarantees of future events, circumstances or performance and are inherently subject to known and unknown risks, uncertainties and assumptions that could cause our actual results to differ materially from those indicated by those statements. There can be no assurance that our expectations, estimates, assumptions and/or projections, including with respect to the future earnings and performance or capital structure of GGTOOR, Inc. 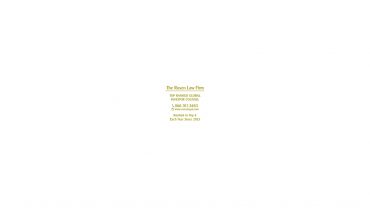 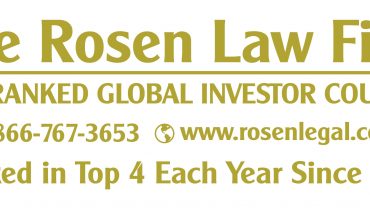