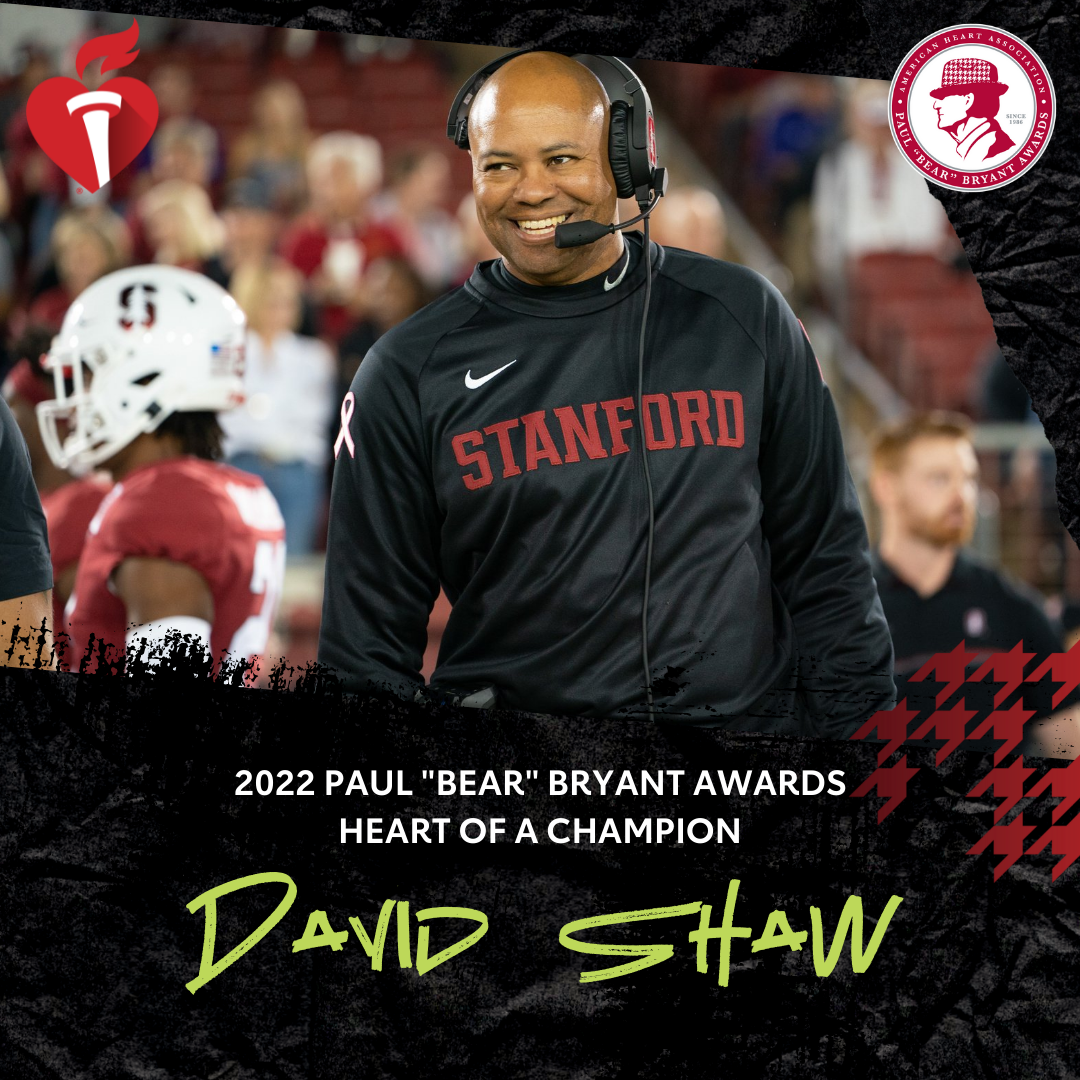 The American Heart Association, the leading voluntary health organization devoted to a world of longer, healthier lives for all, and the Bryant family present this award annually to celebrate Bear Bryant’s legacy and raise awareness and critical funds for research to eradicate cardiovascular disease and stroke, leading causes of death globally. The football coaching legend died from a heart attack in 1983.

Now in its 36th year, The Paul “Bear” Bryant Awards are the only college coaching honor selected after all bowl games and the national championship conclude, as determined by the Bryant family and the National Sports Media Association. The awards will be presented live on January 12, 2022, at the Post Oak Hotel at Uptown Houston.

Established in 2020, the Heart of a Champion Award recognizes an individual in the world of sports whose notable contributions and positive influence have helped define the ways we enjoy, watch and engage in sports, and whose life is exemplary of a champion through the display of characteristics for which Coach Bryant was known, such as integrity, perseverance, determination and grit.  ESPN College GameDay host and former coach Lee Corso received the inaugural award, followed by Sylvester Croom in 2021.

David Shaw is the current head football coach of the Stanford University Cardinal football team. Previously, Shaw was a four-year letter winner playing as a wide receiver for the Cardinals from 1991 to 1994.

His coaching career began at Western Washington University in 1995. In 1997, Shaw began a nine-year run as an NFL assistant coach with stints for the Philadelphia Eagles, Oakland Raiders and Baltimore Ravens. In 2006, Shaw left the NFL for the University of San Diego as passing game coordinator. In 2007, Shaw became the offensive coordinator at his alma mater, Stanford, and was promoted to head coach in 2011. Shaw has been named Pac-12 Coach of the Year four times and has led Stanford to three Rose Bowl appearances.

Off the field, David Shaw has exemplified the characteristics that Bear Bryant held dear. Over the past eight years, he has been an ever-present source of support for his younger brother, Eric, as he battled a rare and aggressive form of skin cancer. After multiple failed treatment procedures and with the cancer worsening, Coach Shaw agreed to an unusual bone marrow transplant procedure to help his brother. In January 2019, Eric was declared cancer free.

“I am honored to be the recipient of the Heart of a Champion Award,” Shaw said. “Looking at the list of previous recipients is incredibly humbling. The American Heart Association’s Paul “Bear” Bryant Awards are truly special, and I accept this award with gratitude.”