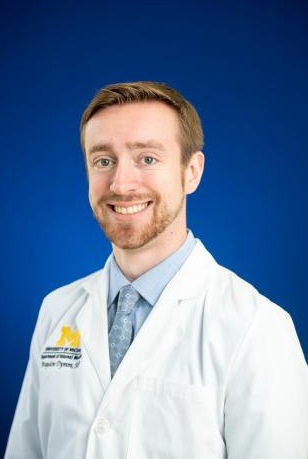 (NewMediaWire) – February 03, 2022 – NEW ORLEANS – Time to arrival at the hospital after recurrent stroke appears to vary according to stroke history, age, race and marital status, according to preliminary research to be presented at the American Stroke Association’s International Stroke Conference 2022, a world premier meeting for researchers and clinicians dedicated to the science of stroke and brain health to be held in person in New Orleans and virtually Feb. 8-11, 2022.

The faster patients receive stroke treatment, the better the odds of recovery because, on average, 1.9 million brain cells die every minute that a stroke goes untreated, according to the American Stroke Association, a division of the American Heart Association. Patients who used Emergency Medical Services (EMS) arrived at the hospital sooner and received quicker evaluations and stroke treatment. The causes for delayed hospital arrivals were not specifically examined in this study, however, they may include limited awareness of stroke signs and symptoms, the urgency of immediate care and the need to call 911, as well as social determinants of health and structural racism.

“We then determined if there was a difference in hospital arrival within three hours and EMS usage among the people in the first and recurrent stroke groups, after considering variables such as stroke severity, marital status, race/ethnicity and gender,” said lead study author Braydon Dymm, M.D., a fourth-year neurology resident at the University of Michigan in Ann Arbor, Michigan.

“After accounting for several variables, most importantly the size and severity of the stroke, there were no notable differences in early hospital arrival time or use of EMS, even for strokes that happened within a year of the first stroke,” Dymm said. “These results suggest the need for more information about stroke signs and symptoms may be a factor, along with various others, facing adults from all racial and ethnic backgrounds. We need to investigate this further so we can develop appropriate supports to improve hospital arrival and stroke outcomes.”

A limitation of the study is that these findings are from one research location, Corpus Christi, Texas and may not be generalizable across the U.S. Other limitations are the relatively small number of recurrent strokes within a year and knowledge about stroke symptoms and emergency care were not specifically measured.

“Once a stroke has occurred, timely arrival to the hospital is the single-most important factor that can improve outcomes and reduce disability,” said Mitchell S.V. Elkind, M.D., M.S., FAHA, FAAN, immediate past president of the American Heart Association and professor of neurology and epidemiology at Columbia University in New York City. “Improving equity in stroke care includes understanding the many barriers that may impact EMS use. Health care costs, community and cultural barriers to receiving health care and emergency services, and factors related to social determinants of health and structural racism may also influence people, particularly those who are from diverse racial and ethnic backgrounds, in ways that are not currently measured or are difficult to measure. The results of this study confirm a significant gap in use of EMS, which is the best option when a stroke is suspected. We need to help get stroke patients to the hospital as quickly as possible for treatment, and therefore, they will be more likely to have better recovery and quality of life.”

In the U.S., stroke is the fifth leading cause of death and a leading cause of disability, according to the latest data from the American Heart Association. To recognize stroke symptoms requiring immediate treatment, the American Stroke Association recommends everyone remember the acronym F.A.S.T. for Face drooping, Arm weakness, Speech difficulty, Time to call 9-1-1.

The data for this study was from the Brain Attack Surveillance in Corpus Christi (BASIC) project, which was funded by the National Institutes of Health.

Statements and conclusions of studies that are presented at the American Stroke Association and American Heart Association’s scientific meetings are solely those of the study authors and do not necessarily reflect the Association’s policy or position. The Association makes no representation or guarantee as to their accuracy or reliability. Abstracts presented at the Associations’ scientific meetings are not peer-reviewed, rather, they are curated by independent review panels and are considered based on the potential to add to the diversity of scientific issues and views discussed at the meeting. The findings are considered preliminary until published as a full manuscript in a peer-reviewed scientific journal.