(NewMediaWire) – October 27, 2021 – After partnering with MELT Music & Media Agency to expand the visibility of this new collection, Undead Sols has had a number of major celebrities join the community in preparation for the launch of the first collection in the Undead Series, which goes live on the 28th of October. 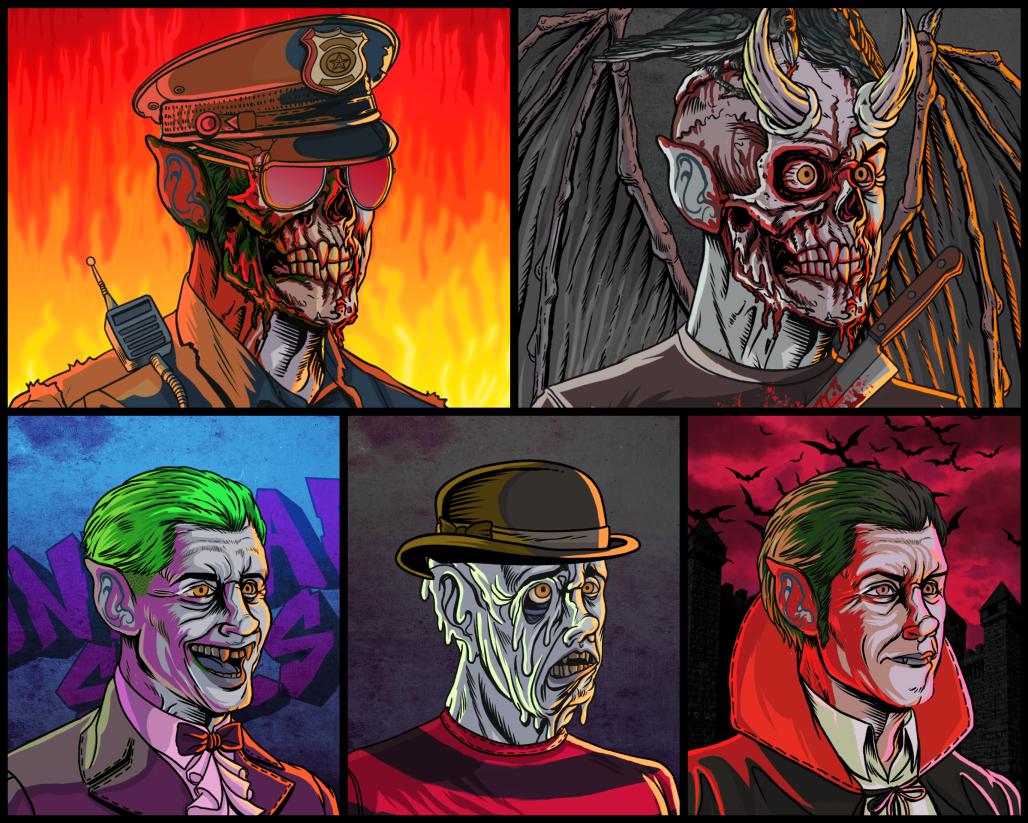 Some of the celebrities have partnered up with the project specifically for the launch, such as EchoSmith, American Authors, E! TV’s Brock Pierson, Sean Kelly – NFT influencer with 2M+ followers and founder of NFT Gorillas, and Michael Swig – the founder of frat boy cult classic apparel & media entity Old Row. Other talent has joined the community organically and has partnered with Undead Sols for both the launch and the long-term vision of the community, such as Playboy Playmate of The Year Jaylene Cook, Israeli-American Influencer Tal Navarro, and American Pop band JAG MAC.

Upon joining the community, Tal Navarro, who has 140K followers on Instagram and runs the Social Lady Marketing Agency, said she was “happy to help promote” because she “loved it”.

JAG MAC has also consistently vocalized their praise. Angelique Rose told the artist behind the project “Your work is sick!” and her bandmates added that they thought the work was “so awesome”, and when discussing the project with a team member of MELT Music & Media Agency, stated they were “So happy for [them]” for getting to partner on the project.

Part of what got the attention of some of the influencers and celebrities who hopped on the project was the Undead Sols Rug Recovery Program, a social good campaign announced by the project founder a week leading up to the mint date. The Rug Recovery Program is a Giveaway for victims of rug pulls, where 100 community members who have been rug pulled in the past get a Free Undead Sols NFT. The project founders have also publicized their own information, effectively “doxxing” themselves, giving the community added security when buying into the project.

Another big draw to the community for many of the talent associated is the New Roadmap, released as a reaction to recent security concerns associated with royalty-based projects. The Undead Sols core team did a full overhaul of the roadmap following the delisting of projects with royalties attached, ensuring they could add as much value to their community as possible. Now, all secondary royalties will be stored in a community wallet, and the project will function as a DAO, giving full control of the funds to minters and holders. On top of that, the Undead Trading Card Game was announced for all community members, set to launch in 2022 following the release of the Undead Werewolves collection, Free to all Undead Sols holders.

MELT Music & Media Agency’s CMO Rhett Ullmann says, “We are really pleased with how the collection turned out. The long-term roadmap is fantastic and MELT Media is proud to bring its talented partners into this project. What stood out the most to me was the play-to-earn aspect of the trading card game dropping in 2022. I look forward to working more with this community to help it grow.”

MELT is a full-service marketing, technology, & licensing conglomerate. MELT’s current focus has been on influencer marketing, AI, & NFT licensing. MELT invests in people – we focus on assisting personal brands in maximizing their potential by leveraging their audience and building communities around emerging technology & IP portfolios.