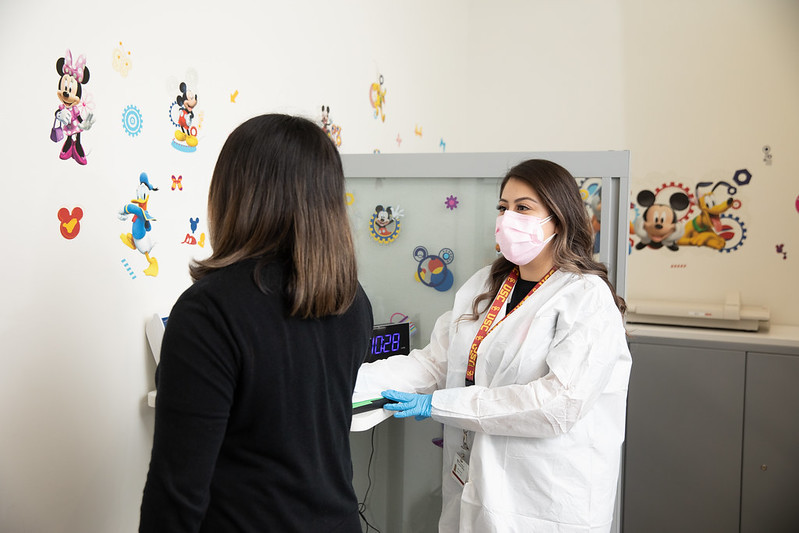 (NewMediaWire) – March 03, 2022 – DALLAS – Diet may play a role in the development of dangerous high blood pressure in late pregnancy among some Hispanic/Latina women, according to preliminary research to be presented at the American Heart Association’s Epidemiology, Prevention, Lifestyle & Cardiometabolic Health Conference 2022. The meeting will be held in person in Chicago and virtually Tuesday, March 1 – Friday, March 4, 2022, and offers the latest in population-based science related to the promotion of cardiovascular health and the prevention of heart disease and stroke.

“Our study findings suggest that a diet with relatively higher intakes of non-starchy vegetables, oils and fruit may lower the likelihood of developing a high blood pressure disorder during pregnancy, among our study group of predominantly low-income Hispanic/Latina women. Conversely a diet with relatively higher intakes of solid fat, refined grains and cheese may increase the likelihood of a diagnosis of a serious condition, called preeclampsia,” said lead author of the study, Luis E. Maldonado, Ph.D., M.P.H., a postdoctoral scholar and research associate in the department of population and public health sciences at the Keck School of Medicine at the University of Southern California in Los Angeles.

In this study, researchers sought possible links between what women typically ate in the third trimester of pregnancy (the last three months of pregnancy, months 7, 8 and 9) and the diagnosis of hypertensive disorders of pregnancy. They analyzed data on 464 pregnant women (average age of 29 years) who were already participating in research through the Maternal and Developmental Risks from Environmental and Social Stressors (MADRES) Center, an ongoing, prospective pregnancy cohort of predominantly low-income, Hispanic/Latina women living in Los Angeles. The study included women who had normal blood pressure prior to pregnancy and women who had been diagnosed with hypertension prior to pregnancy who may develop worsening high blood pressure conditions during pregnancy.

Using the Automated Self-Administered 24-Hour Dietary Assessment Tool (ASA24), a self-administered, web-based tool, freely available for use in large-scale nutrition research, each woman verbally completed one or more dietary recalls during their third trimester of pregnancy that asked about foods and beverages consumed in the previous 24-hour period. Based on participants’ responses regarding their food intake, scores were calculated for each woman for two different dietary patterns:

The diagnosis of hypertension was determined from the women’s medical charts, noting either a physician’s diagnosis or a blood pressure reading (after 20 weeks of pregnancy) of 140 mm Hg or higher systolic (the top number) or 90 mm Hg or higher diastolic (the bottom number) on at least two consecutive prenatal visits. The results were adjusted for age, education, Hispanic/Latina ethnicity, number of pregnancies, pre-pregnancy diabetes and daily calorie consumption.

The study has several limitations. The dietary data was self-reported and relied on participant memory. Maldonado noted these results may not be generalizable to all populations since study participants were predominantly low-income and of Hispanic/Latina origin. Therefore, foods more culturally relevant and commonly consumed by the study population may be different in other populations.

“Additionally, the women’s diets were assessed only at one point in time, and mostly in the third trimester of pregnancy, which may have been either before or after a hypertensive disorder of pregnancy was diagnosed,” Maldonado said. “The timing is important because individuals may change their diet and other health behaviors as a result of any other serious health-related diagnosis such as gestational diabetes or high blood pressure. Therefore, future studies that capture diet earlier in pregnancy and before a hypertensive disorder of pregnancy diagnosis is made are needed to verify our findings.”

The study was funded by the Maternal and Developmental Risks from Environmental and Social Stressors (MADRES) Center at USC, the Southern California Environmental Health Sciences Center, the Life Course Approach to Developmental Repercussions of Environmental Agents on Metabolic and Respiratory Health and the National Institutes of Health Office of the Director of the Environmental Influences on Child Health Outcomes (ECHO) Program.

Statements and conclusions of studies presented at the American Heart Association’s scientific meetings are solely those of the study authors and do not necessarily reflect the Association’s policy or position. The Association makes no representation or guarantee as to their accuracy or reliability. Abstracts presented at the Association’s scientific meetings are not peer-reviewed, rather, they are curated by independent review panels and are considered based on the potential to add to the diversity of scientific issues and views discussed at the meeting. The findings are considered preliminary until published as a full manuscript in a peer-reviewed scientific journal.