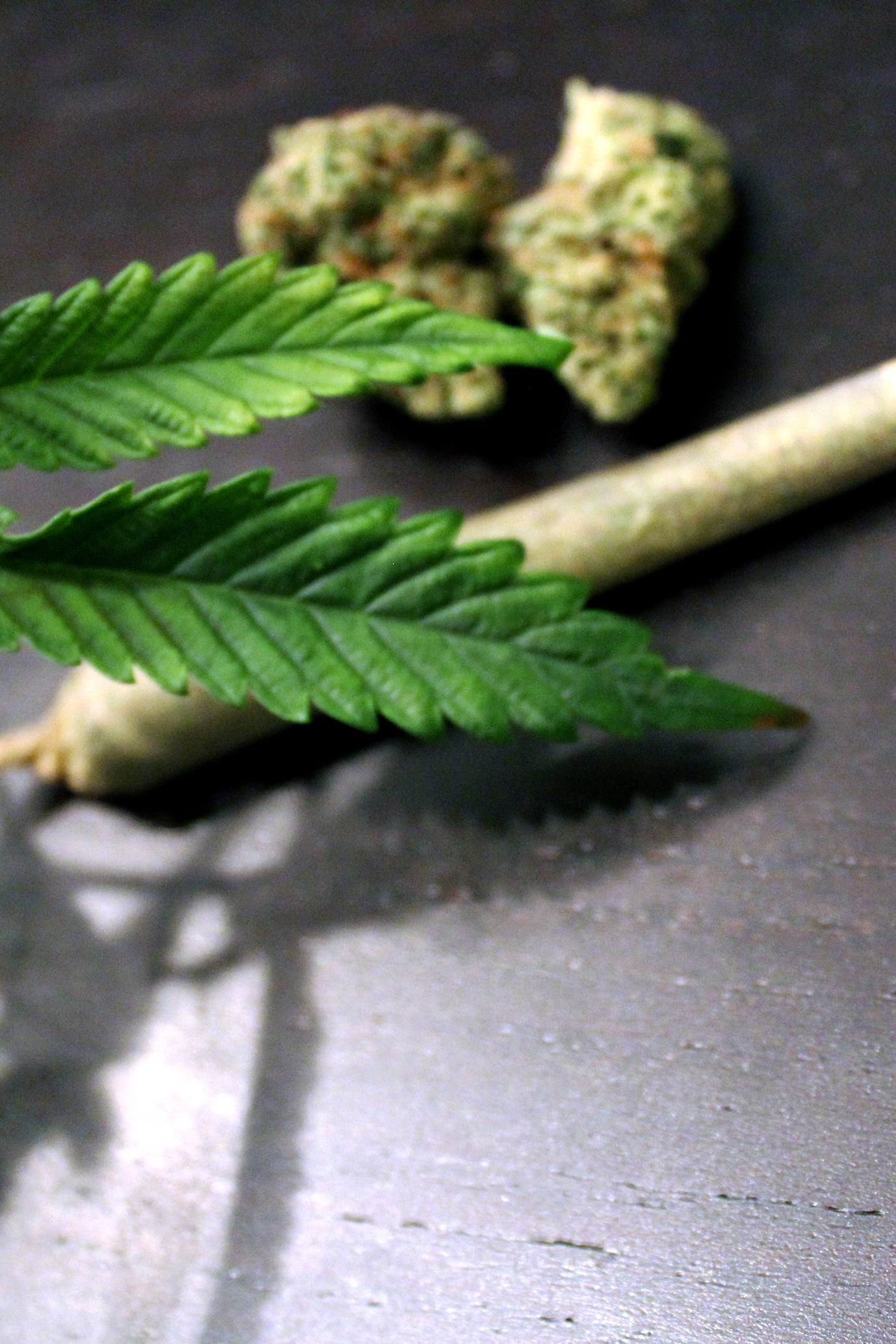 (NewMediaWire) – November 08, 2021 – DALLAS – Using methamphetamines, opiates, cocaine and cannabis, as well as acute alcohol consumption (alcohol consumption within a week preceding an atrial fibrillation event) may increase the risk of new-onset atrial fibrillation, according to preliminary research to be presented at the American Heart Association’s Scientific Sessions 2021. The meeting will be fully virtual, Saturday, November 13 through Monday, November 15, 2021, and is a premier global exchange of the latest scientific advancements, research and evidence-based clinical practice updates in cardiovascular science for health care professionals worldwide.

Atrial fibrillation, also called AFib or AF, is a quivering or irregular rhythm in the top two chambers of the heart that can lead to serious complications such as blood clots, stroke and heart failure. At least 2.7 million Americans are living with atrial fibrillation.

In a large, population study conducted by researchers at the University of California, San Francisco (UCSF), use of methamphetamines, cocaine, opiates and cannabis (marijuana) was associated with increased risk of a new diagnosis of atrial fibrillation independent of risk already posed by established cardiovascular risk factors.

The research data covered records from January 2005 to December 2015 in California’s Office of Statewide Health Planning and Development database. Researchers reviewed data of more than 23.5 million adult inpatient hospitalizations and emergency department visits for the 10-year period. Among those records, 98,271 methamphetamine, 48,700 cocaine, 10,032 opiate and 132,834 cannabis use disorder cases were identified and documented as part of routine clinical care during the hospitalization or emergency room visit.

Compared to data from participants who did not use any of the four substances:

The cumulative likelihood of people experiencing atrial fibrillation for the first time increased gradually over time with each of the four substances, according to the researchers.

“Our findings indicate there is still a lot to understand about cardiac arrhythmia and the associated risks with many substances,” said Anthony Lin, M.D., the study’s lead author and resident physician at UCSF’s department of medicine. “Since the substances analyzed in this study ranged from stimulants to depressants, it was surprising that we were able to observe an increased association of new-onset atrial fibrillation with all four substances. Given the strong associations we observed in this large and diverse administrative database, future research should be directed at understanding the physiologic implications of these stimulants and depressants on the heart and strengthening efforts within the health care system to reduce substance abuse disorder.”

Although the study is based on a state-specific database, it is likely generalizable to people living in other states because the database is large and spans the diversity of health care facilities (such as rural clinics and tertiary-care medical centers) and numerous types of insurance payors (such as Medicare and private insurance), Lin explained.

The study findings are limited because the database relies on health care professionals and administrators to document accurate and comprehensive codes for hospitalizations and medical visits, making the process susceptible to human error. Information about opiate and cannabis use may be incomplete because both are more prevalent among the general population.

“Despite these limitations, the population-level associations observed in the study are intriguing and warrant further exploration into the arrhythmia-related complications of substances commonly used today,” Lin said.

The researchers reported no external funding.

Researchers reviewed data from two sources: blood alcohol content levels collected from commercially available breathalyzer devices from people in 50 U.S. states and 59 countries, plus records for all emergency department visits in California. In this study, researchers first identified events when acute alcohol consumption was highest, such as certain holidays and Super Bowl Sunday, and emergency department visits for atrial fibrillation around the time of those events were then analyzed.

The investigators described this as an “instrumental variable analysis,” which is a way to infer causal associations from observational data and enabled the first evaluation of near-term relationships between alcohol use and atrial fibrillation in the general population—in this case, the entire state of California.

Excess alcohol consumption was inferred from dates of recurrent and nationally recognized events which were derived from methods looking at high median breath alcohol concentration levels or high number of participants using the breathalyzer at least once. Excess alcohol consumption was associated with 719 additional emergency department visits for atrial fibrillation per 100,000 person-years. There were also a higher number of emergency department visits, 1,757 more on average compared to days not associated with increased alcohol consumption, for people likely having their first atrial fibrillation episode.

“While we know that alcohol consumption over many years can increase the risk of an ultimate diagnosis of atrial fibrillation, we found evidence that acute alcohol consumption substantially heightens the risk of an emergency department visit for atrial fibrillation in the general population,” said Sidney Aung, B.A., the study’s first author and a fourth-year medical student in the division of cardiology at the University of California, San Francisco.

The investigators described this as an “instrumental variable analysis,” which is a way to infer causal associations from observational data, and it enabled the first evaluation of near-term relationships between alcohol use and atrial fibrillation in the general population—in this case, the entire state of California.

With data from BACtrack, a company that makes commercially available portable breathalyzers, researchers analyzed more than 1.2 million breath alcohol measurements from more than 36,000 people who used breathalyzers. The breathalyzer information was collected between January 2014 and December 2016 and was analyzed to identify dates associated with increased alcohol consumption corresponding to eight recurrent, nationally recognized events such as New Year’s Day and Super Bowl Sunday. Emergency department records from California’s Office of Statewide Health Planning and Development database from January 2005 to December 2015 were evaluated. Researchers also examined rates of first-time atrial fibrillation episodes among residents of California using population denominators for age, sex and race and ethnicity from the U.S. Census Bureau.

“Studying the short-term relationships between alcohol consumption and discrete atrial fibrillation episodes has proven difficult given the need for time-sensitive assessments. This study might also influence other investigators to pursue other novel ways of evaluating this relationship,” Aung said.

The study’s focus on nationally recognized events associated with heightened alcohol consumption presents a limitation because there is no formal list of major recurring events, therefore, researchers may have missed some events. Also, the major events included in the study may have potential links to other variables, such as decreased sleep duration or increased salt intake during these dates.

The researchers reported no external funding sources for this study.

“Both studies are a stark reminder that a higher level of alcohol consumption, as well as any type of illicit drug use, can result in cardiac rhythm disturbances,” said Rakesh Gopinathannair, M.D., M.A., FAHA, chair of the American Heart Association’s Electrocardiography and Arrhythmias Committee. “This is welcome data on the harmful impact of heavy alcohol use and any kind of recreational drug use, either methamphetamine, cocaine, cannabis or opiates.”

“Even though there are limitations – you cannot infer causality – these studies highlight the public health issue that alcohol and drug misuse present: a substantial number of people are using them and ending up in the ER with serious cardiac events,” said Gopinathannair, director of Cardiac Electrophysiology Laboratories at the Kansas City Heart Rhythm Institute, electrophysiology medical director at the Research Medical Center and professor of medicine at the University of Missouri-Columbia. “This should be a call to arms to improve our efforts to curb drug and alcohol misuse and to educate and support people to take care of themselves and avoid long-term cardiac issues.”